Arlo Parks on Being Vulnerable And Helping Others Through Her Music

Arlo Parks is a poet and singer from London. In her own words, she spent most of school feeling like that Black kid who couldn’t dance for shit, listening to too much emo music and crushing on some girl in her Spanish class. Her songs are confessional and tender, mainly inspired by Portishead and Earl Sweatshirt. She was predicted as the breakthrough act of 2020 from BBC as well as recognized by, NME, DIY, and Amazon Music. She won the Ones To Watch Award at the Independent Music Awards, and was recently featured on Michelle Obama’s Playlist. It was an absolute honor to chat with her about the inspiration behind her vulnerable songwriting and the response to her deeply personal art.

I wanted to talk about your background. When did you start singing?

I was always singing when I was a kid. I was just singing to my Dad’s jazz records and my Mum would be playing Prince in the house. I was a little bit more of a shy kid, I would say. I grew up listening to what my Dad listened to, which was more of Miles Davis and Telonious Monk. When I was about thirteen or fourteen I picked up the guitar. I was listening to a lot of The Pixies and King Krule and I was like I want to play the electric guitar, I want to be cool. I taught myself GarageBand, making terrible beats. It just kind of started from there! I’ve always been a writer though. Storywriting and poetry have always been my thing.

I read that you did a lot of poetry! Who are some of your favorite poets that inspire your songwriting?

When I was first starting out, I was really into the beat. So I was into Allen Ginsberg, William Burroughs, Diane di Prima. I was also really into Sylvia Plath. Tapping into the emo angst a little bit. Also into Gwendolyn Brooks and Langston Hughes. A broad range!

If you could pick your top 3 albums growing up, what would the albums be?

King Krule - 6 Feet Beneath The Moon 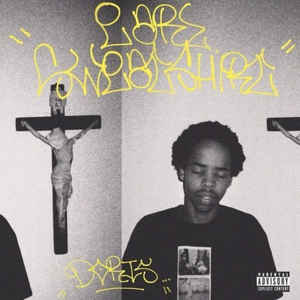 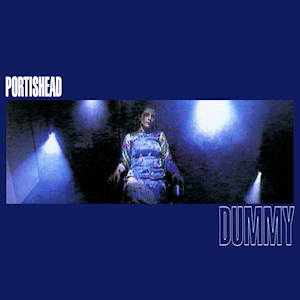 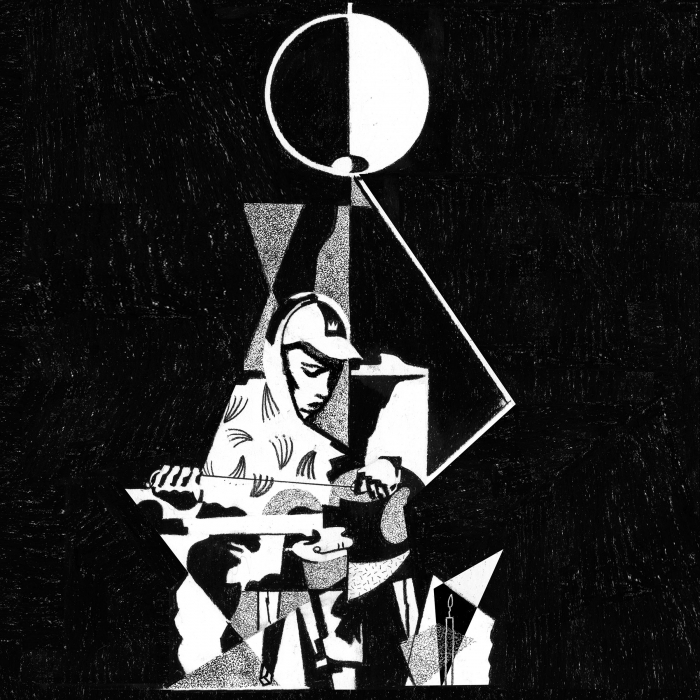 This summer, you released your cover of Radiohead’s Creep, which is so beautiful by the way. It’s for Tom Dream’s film Shy Radicals. Can you tell me a little bit about the project?

Essentially it’s a satirical manifesto. It imagines a world where introverts join together to overthrow the extrovert supremacy at work. I’m very much an extrovert so it was an exercise in empathy and I was approached to sing this song in particular, and Radiohead is probably my favorite band of all time. That song, especially, was the first song I ever heard by them. Although Pablo Honey is not my favorite record by them, I love that song. I think it’s so delicate, raw, and emotional. I was thrilled to be part of it.

What drew you to work on the project? Was it the empathy aspect?

I think I was intrigued by it. It was a premise that I’ve never encountered before. I felt like it was something that was outside of my comfort zone. I’m always curious about expanding the projects that I’m part of and exploring things that are left of center and unusual.

I also read that you called this an exercise in vulnerability. Why is that important to you as an artist and a songwriter?

I think the only way that you can truly connect with others is by being open and have a level of transparency. I think people can recognize, especially now, if someone is real or fake. If someone is actually bearing a part of their soul, it makes people more likely to connect with it and be able to empathize and get something from it. I think it’s the best way to communicate, being open. It is a little bit scary sometimes because you’re showing yourself to the world. All of my favorite music is extremely vulnerable and it’s always something I’ve wanted to be as an artist.

One of my favorite songs, and the song I first heard by you, is Black Dog. It is such a gorgeous song. The reaction to the song has been so incredible. Some people said it has eased panic attacks and soothed those with terminal illnesses. I read a comment on your video that someone said they’ve only cried three times in their life, and watching you was the third time they cried. How does it feel to have that kind of impact?

Honestly, I can’t really quite describe it. Ever since I was young, I always wanted to help people through music. I know it sounds cliche, but I was like the most important thing to me is for a stranger reaching out to me to tell me “your music has helped me.” I think after I put out that song, I got it on a such a wide scale, I literally stayed up until 6am replying to people’s comments and having a moment. Also, because it was a song about such a difficult topic, I was quite scared when I was putting it out, but everyone was so receptive. It was the best reaction I’ve ever had from a song in my life. It’s been beautiful.

One of the lines in Black Dog is, “I’d take a jump off the fire escape to make the black dog go away.” We were just talking about vulnerability, but is it hard to release a song that is so personal and vulnerable to you?

I think maybe a little bit before I was probably scared. Then I read something that said, if you create a piece of work that could help someone else, it’s kind of your duty to share it. I think once I realized that if I overcame that fear I could help others, it became much easier. There’s always nerves, because you never know how people will react, but I’ve learned to swallow the nerves and get it out there.

With this song, you wanted to start a conversation around mental health issues. Do you feel like that’s something that’s easier to talk about with people through your song?

I think so, yes. Around the time that it came out, I also became an ambassador for this charity called CALM. They have a helpline and help people who are at their lowest point. I wanted this song to be another step in me opening the conversation. I find it easier to talk about difficult things through music than if I was just having a conversation with somebody. Music is an amazing tool to start conversations.

I’m also a huge music video person. The Black Dog video is so gorgeous. Can you tell me a little about the storyline behind the video?

I think the thing about that song is that it’s about women’s health and depression, but I wanted to depict relationships that weren’t explored as often. The idea of a single dad and his baby, and two sisters. It was all intimate. I had a conversation with Molly [Burdett], the director, telling her about the essence of the song. For the visuals, I wanted it to have that dark element but also very rich and visually aesthetic. I wanted the color schemes to feel quite vintage but feeling very poignant. I remember when I first watched it, I cried as well. I remember it was really elevated and complemented the song so well.

I also want to talk about your song Eugene, because that song came out this year. Eugene is such a cool song, and a little different than Black Dog. I am also obsessed with the video as well. Can you tell me a little about the song?

The song itself was written within the same few days. I like that the song can be interpreted in different ways. I had a small look through the comments of the video, although I don’t like to do that generally. There were people being like, “as someone who is queet, it relates to me about being in love with my best friend,” and there’s people like “no, I see it like this…” I think personally it’s about being close to a friend and feel like you’re almost losing them and their affection. I was listening to a lot of In Rainbows at that time. I think the weird fishes, House of Cards vibe was coming out.

Last year, you put out Super Sad Generation and Sophie. Can we expect a new EP with Black Dog, Creep, and Eugene?

We will see! The thing is, at the moment, I’ve been trying to write the kind of album I want to write. There’s no promises about when it will be out, but we will see!

Next year, you’re going to be going on tour with Hayley Williams! That is the coolest thing. She has been one of my heroes since childhood. Is that exciting?

Oh that is very, very exciting! Paramore is like a thing. I was shocked. I was still nineteen, just trying to find my way in the world creatively. To have the thumbs up from a literal icon is crazy.

Are you coming to North America for that?

Yes! It will be my first time playing in North America!

I’m excited to see you when you do! Do you have any cities that you’re most hyped about in the U.S?

Yes, so the place that I’ve wanted to go to since I was six years old is New York, particularly Williamsburg. I was supposed to play Baby’s All Right! I really want to go to New Orleans, I think that would be really cool. I also want to go somewhere in the middle of nowhere where there’s open expanses. I’m excited to explore everywhere!

Listen to our full interview below:

joan is back with new EP 'cloudy'

NYIKO's Coming of Age Film: "Like The Movies" and "Keeping Me Alive"

Claire Frazier on her Debut Single, "I Want You Bad"